Brewarrina may only be small in size, but its culture, aboriginal dreamtime stories, rich history and its connection to the river makes it a destination with so much soul it would be the envy of larger cities.

Roughly 800km west of Sydney, remote and unknown, Brewarrina is one of the most historically significant places in Australia, and perhaps the world.

Speak to any of the locals at one of the local shops or cafes and you’ll soon discover the strength of the connection Brewarrina has to the river which runs around the town, and more importantly, to the Aboriginal Fish Traps.

An elaborate network of rock weirs and pools which stretch for around half a kilometre, the Fish Traps were constructed to catch and store fish as they swam upstream. Estimated to be over 40,000 years old, these ingenious rock configurations are believed to be one of the oldest man-made structures on Earth.

Known locally as the Ngunnhu, the Fish Traps hold meaning far beyond the abundant food source they provided.

Once the gathering place for many corroborees, initiation ceremonies, and meetings between tribes and nations for trade and barter, the Fish Traps have become a symbol of unity among the aboriginal people.

Rich and vibrant aboriginal dreamtime stories tell of a Sky God named Baiame, who created the traps after seeing the plight of the Ngemba people, suffering from famine due to a long period of drought.

He showed the Ngemba men how to call the rain through dance and song. These amazing stories continue to be handed down by word of mouth from generation to generation.

Brewarrina also houses a significant era in European inland history, with its span lift bridge and paddle steamer wreck describing the ambitious goal of riverine navigation. Sleeping in the stream at the edge of the town is The Wandering Jew, an iron paddle steamer with a turbulent past.

Once used to transport large loads of wool, the vessel was burnt three times: once in 1883, a second time in 1898, and on its third and last time in 1914, where it found its final resting place, burnt on the waterline of the Barwon.

The construction of a weir just downstream ensures that only the highest point of the large vessel is exposed, with only what appears to be a small boiler showing above the surface. A tiny glimpse of many untold stories, and a hint at the sheer mass that lies beneath. Brewarrina’s cultural connection to the river continues to this day, with fish sculptures, river motifs and modern day activities all describing its significance.

While it is the Barwon River that trickles over the weir and through the Ngunnhu, it is just a downstream that the Sleepy Culgoa intersects with the Barwon, marking the official starting point of the Darling River.

Brewarrina, remains a place of rich cultural, spiritual, and historical values, and with its connection to the river, is the logical launching place of the Darling River Run.

Or go to visitbrewarrina.com.au for additional online tourist information.

For Road Condition Reports in the Brewarrina region visit: https://www.brewarrina.nsw.gov.au/engineering/roads-traffic.aspx

See the Darling River Run Discovery Directory for Accommodation, Where to Eat, Attractions and Activities, Supplies, Services and more. 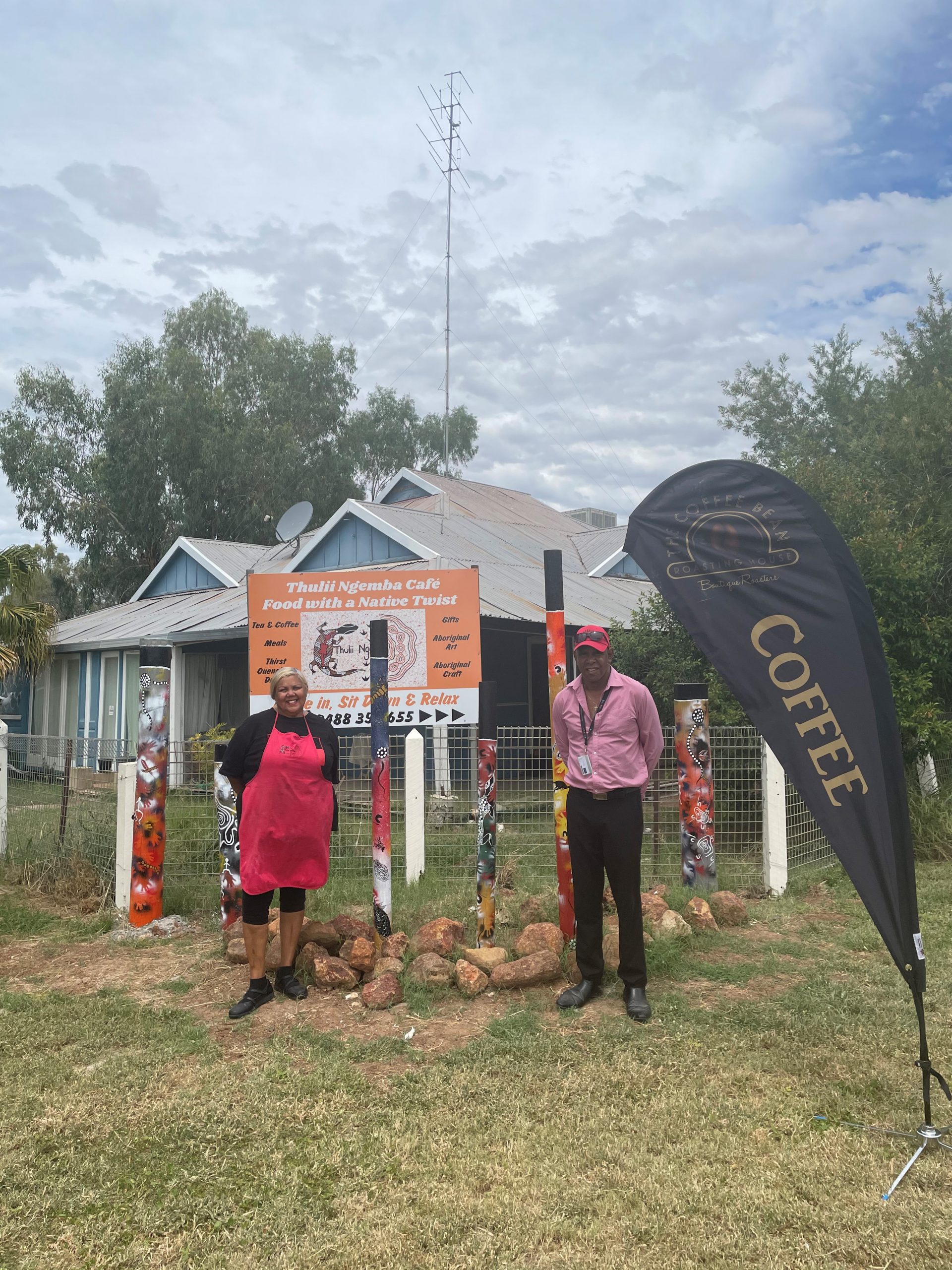