One of Australia’s great driving adventures

The Darling River Run is a spectacular journey stretching nearly 950 kilometres following alongside the mighty Darling. This memorable road trip is rich in history of pioneering days, showcases impressive scenery and highlights indigenous history and culture. Use our Outback Travel Map as a guide for your trip and Outback Beds Locations.

The Darling River Towns allow travellers to experience the friendly and welcoming nature of the outback communities living along it’s banks. When you spend time in towns along the Darling River Run you will have the opportunity to see the many attractions and off-road locations that make this part of the Australian bush truly unique. 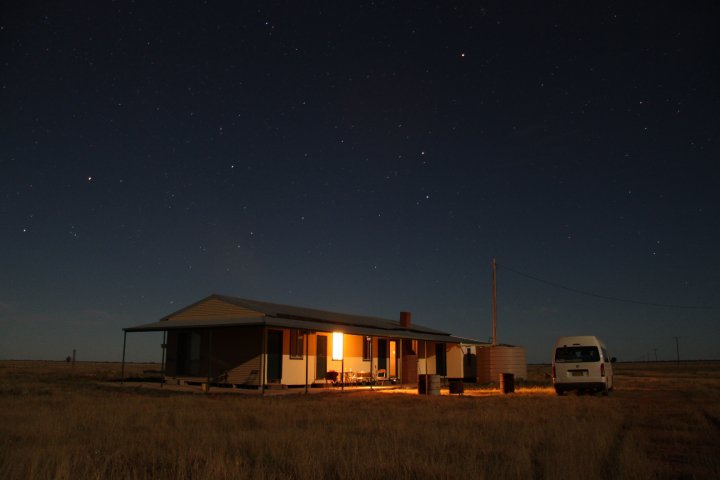 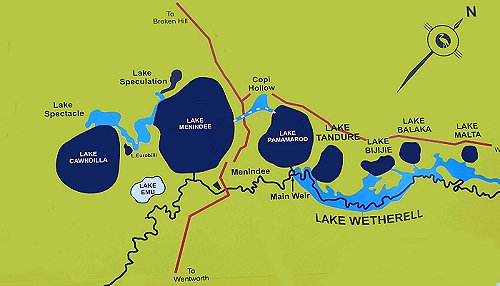 The Darling River Run is a thin, winding line describing a route through the NSW outback, characterised by landscape, history, culture, literature and adventure. Taken as a whole, or in its various component parts, the route provides an opportunity to see the real Australian Bush and experience some safe and easy off-road driving, connect with Aboriginal culture and iconic Towns & Locations along the Darling River, and drench yourself in the history, and contemporary life of a part of the country that is central to the national psyche. 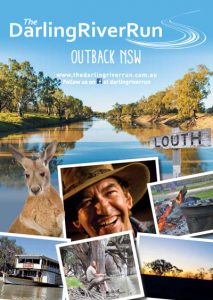 Explore the Towns of the Darling River

The Darling River is the third longest river in Australia and is the lifeblood of Outback NSW. Only a small percentage of the Darling’s water comes from within the Western Catchment - the majority of “fresh” enters the system from Queensland rains (rain falling west of the Divide in Queensland). Be sure during your drive that you call in to the Visitor Information Centres in each township and chat with the friendly staff who are knowledgeable on the best vantage points, local attractions, river history and updated road conditions.

Views of the Outback that stretch for hundreds of km's! 😍 ... See MoreSee Less

Good times, hopefully we have pictures of WA next year

So good to see so much water in the lake finally

Ive it full before . Ive seen it empty before. No doubt I will see it empty again

History with a future | We love the slogan of Tolarno, located between #Pooncarie and #Menindee on the #DarlingRiverRun in western New South Wales.

Tolarno Station was one of the most successful stations using the Darling River to transport wool. William and Ross Ried named the property in 1851, and further developed it into a thriving station over the next 40 years or so.

A small township soon developed around Tolarno Station, including schools, houses, offices, stables, a jail, a blacksmith, chaff stores, a saddlers shop, gardens to feed the community and even 3 hotels. Tolarno Station soon became a town in itself.

Shearers toiled hard, all year round, 6-days a week in the 100-stand shearing shed that was built from local timber and iron. It was built conveniently close to the banks of the river, to make it easier to load wool bales onto the fleet of 12 paddle steamers that the Reid family operated from the property.

With its large scale operation Tolarno Station soon became a big player in the wool industry, with approximately 1,100,000 acres of land, running over 330,000 sheep.

The property is now owned by the McBride Family who have owned it since 1949 and covers 275,180ha.

Extract from: Pirates on the Darling by Nicole Alexander www.nicolealexander.com.au/2017/09/04/pirates-on-the-darling-tolarno-station/ ... See MoreSee Less

A good news story coming from the The last week. ... See MoreSee Less

Isint it a wonderful sight to see all that water right where it belongs, flowing peacefully to where it needs to be, along the river, 🕊🦆🐟

The Western Advocate, Bathurst, also covered this in their Saturday edition.

I am so pleased for our Aussie mates across the Tasman that for a change nature is going their way. Long may it continue.

Amazing what a great season of rain will do.

Craig Schmidt we should have seen this live

Pity the fish are dead , it will take decades for them to recover