Lake Mungo (and Mungo National Park) are World heritage listed as one of the most significant anthropological and archaeological sites in the world.

Holding a rich place in the planet’s history, Mungo Man and Mungo Lady were buried more than 42,000 years ago on the shores of Lake Mungo. The oldest known ritual burials in the world, Mungo Lady was cremated and Mungo Man adorned with ochre. 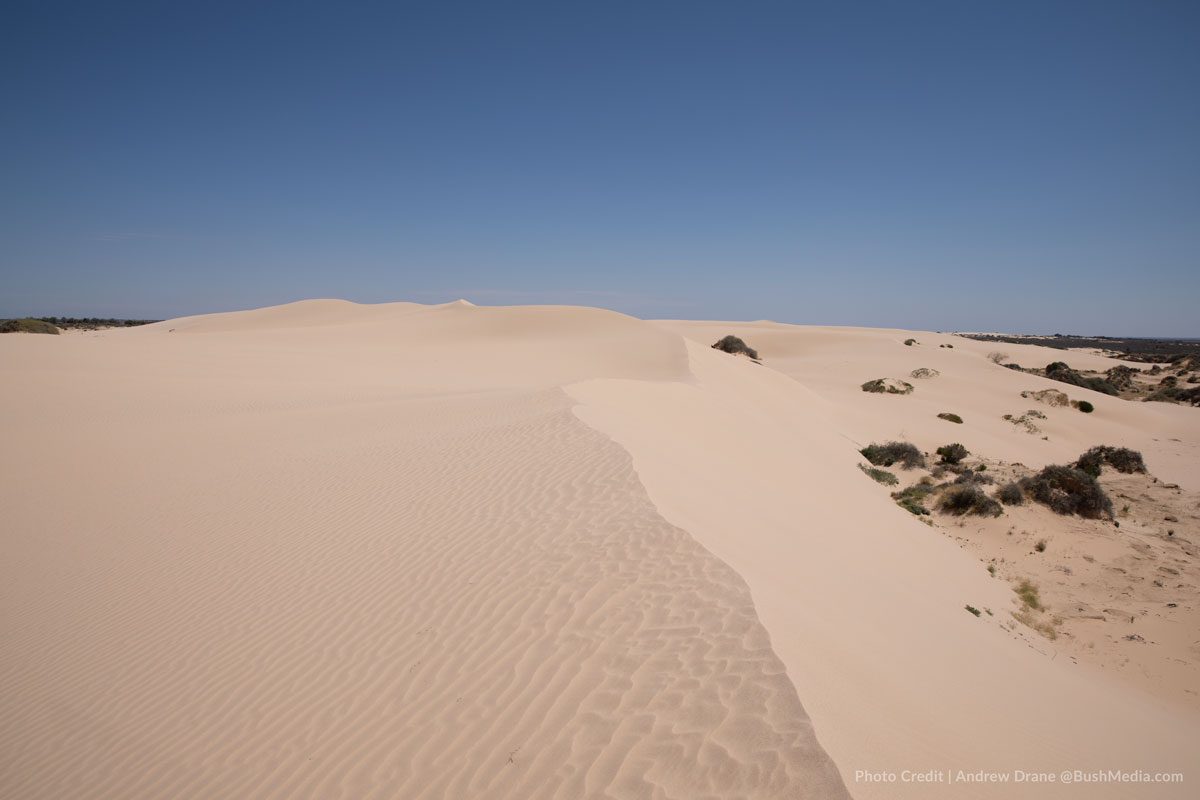 Along with 20,000 year old human footprints imprinted into a damp claybed the significance of Lake Mungo led to the area being preserved as a national park, and the recognition of the Willandra Lakes World Heritage Area.

Mungo Man and Mungo Lady are perhaps the most important human remains found in Australia. The Paakantji, Ngyiampaa and Mutthi Mutthi people are proud of their ancestors. Discovery guides from these traditional groups share their stories through Aboriginal Walls of China Discovery Tours, bookable online.

The lake bed layers of sedimentary sands and clays that form the ridge, known as ‘The Walls of China’, have been eroded by wind and rain to form the spectacular Lunettes. As the lunette erodes, stories of the past are revealed – ancient fireplaces, indigenous burial sites and fossilized remnants of extinct species like Thylocene and short-faced kangaroo.

The lands of Mungo National Park was previously an operational sheep station prior to becoming a National Park and many buildings from the era remain were once grazing properties. Built in 1869, the Cyprus Pine woolshed remains, as well as relics of the Zanci Homestead.

Lake Mungo (and Mungo National Park) is located about 1 hours drive from Wentworth and Mildura.